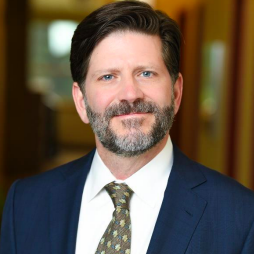 Other Denver virtual office providers charge an arm and a leg for bare bones servie. Let us help you instead. We will provide a professional virtual business address, phone number, phone answering, and mail scanning. You may list use our address as your principal place of business and mailing address anywhere you like, including with the Secretary of State. However, at this time, we only provide these services for companies we either form or for whom we act as a registered agent. Our order form will allow you to easily switch agents to us. Simply complete the form and we do the rest! You also receive your first year of agent service free if we form a Colorado LLC for you.

What will you get?

Every office comes with free use of our address, unlimited mail scanning, and a 303 or toll free number.

Professionals from the following industries often use virtual offices: consultants, e-commerce stores, drop shipping companies, home based businesses, virtual assistants and more. Interested in learning the benefits of forming a Colorado LLC? Then view our page on registering a business in Colorado.

Office cubicles are one of the most innovative ideas in the office spacing area. They were first invented in 1967 by the designer Robert Propst, who worked at Herman Miller. The main idea of these cubicles was to solve the needs the employees had in the early 60s. The objective was to to define the area that corresponds to each employee, giving them some privacy and the ability to personalize the space where they should work without the necessity of taking too much space.

The original idea was to set a two-to three-sided vertical division which could define the individual territory of each person and give some privacy without the necessity of separating the employee and isolating them from the sounds and voices of their office. Initially the office cubicles were thought to have a 120-degree angle in each corner but they were changed to the 90-degree angle we have today because it was more convenient to the employers who can hire more employees using the same space. And in that moment the first office cubicle was finally designed.

The first business that use this new type of office was the Federal Reserve Bank of New York where the AO2, as they used to call them, were built in little groups of four coworkers, each of them with their own desk and storage. After this office, the cubicles started to gain popularity especially in banks and insurance offices after them some businesses started adopting this methodology.

Nowadays cubicles are built in many different shapes, materials, and sizes. In fact the modern office cubicles include some specific characteristics in order to make the working hours more comfortable to the employee like giving the appropriate illumination to the space and also including footrests for each spot. Some other cubicles are not more than desks with dividers like the ones you can observe in some modern hospitals and banks.

The type of cubicles your company needs will depend on what will you do in your working space and what type of business are you planning to set.

In the early 1900s, reusable laundry boxes were used by college students to deal with their laundry. Mailing dirty clothes was not only convenient, but was also a cost saving measure, since mailing clothes back home could be cheaper less expensive than visiting a professional cleaning service. Because of this, everyone from college students to military personnel used them as a way to save time and resources.

While the laundry box designs varied, they all had one thing in common: they all had to be durable. The boxes had to be sturdy enough to survive being sealed, opened and closed time after time, but they also had to be conveniently sized. The National Post Museum has a box in its collection that fits that description. Made out of sturdy metal and with a frame on its list that allowed for postage information to be displayed easily, it’s also of a convenient size, measuring 6 ½ x 19 ¾ x 12 ¼ inches.

Another common design was with canvas encasings holding a cardboard box inside. In 1953, the Official a Postal Guide gave some words of advice on mailing clothes in these types of boxes:

"Laundry cases of fiber construction, and metal cases to a lesser extent, are frequently damaged due to lightweight construction and air space contained therein, and address cards are occasionally lost with the result that the case goes to the dead Parcel Post Branch. Light fiber cases should be boxed to insure arrival in good condition. A canvas-covered case with straps around both ends and lengthwise seems to carry satisfactorily, provided the address card is secured in the flanged label holder by metal clasps fastened on the inside of the case of by other suitable means. An address holder similar to that used on trunks and suitcases, with a second address inside the case is suggested."

Two sided address cards cards were used for convenience, but caused some confusion at postal offices. They would often warn that reutilized address cards had to be free of old stamps and endorsements.

The emergence of the Parcel Post Service in 1913 introduced brought about standardized rates and an increase in the allowed weight for mailed packages. This lead to wider public acceptance, which in turn lead to even better rates and yet another increase in the allowed weight for mailed packages. Yale students were some of the first to jump into this trend, as an article from 1914 posted in the New York Times stated: “In the spring increasing business was done in the parcel post section when students found they could send home their laundry and get it returned at less than they would have to pay for their laundry here. They quickly found out that they could get their clothing, books, and room furnishings, except furniture, delivered by parcel post for less cost than by express.” In June, the Postal Office would be flooded with a mail volume as big as the rest of the year for the entire city when students were clearing their dormitories.

In 1924, the Wellesley, Massachusetts post office estimated that the average college student received ten times as much mail than the rest of the townspeople. In fact, mailed laundry was so widespread that it made up one third of the 252 arriving parcels during the first two weeks of the new term. These packages with fresh, crisp clothes provided the perfect way to comfort homesick students, by including treats inside of them. While regulations called for first-class postage to be included in all letters included with the packages, there was plenty of room for candies and other goodies to be sent with the laundry. Of course, the sender always had to make sure the treats didn't ruin the freshly cleaned laundry be securing them well.

With automatic machines and new detergent technology, washing clothes became an easy task for a single person to do, and mother back at home no longer relied on the help to accomplish the chores. Students and travelers no longer relied on others, and the introduction of Laundromats in the 1930s made it even more convenient. To top it all off, bigger wardrobes also meant that less people could fit all their clothes into a mailing box. With all these factors, the practice of mailing laundry was soon all but forgotten by the 1970s. We hope you enjoyed our story about mail forwarding! Learn about incorporating in Colorado here and forming an LLC here. We also offer a helpful blog where you can learn about topics essential to a good business like online business ideas and home business ideas.