All New Companies Include Business Bank Accounts, We Recommend Relay 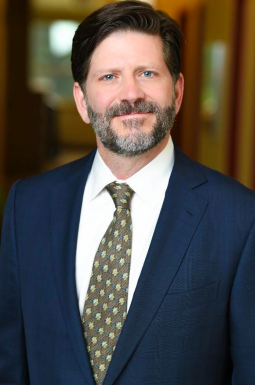 Jonathan Feniak is an attorney and partner at ColoradoLLCAttorney.com. Jonathan is admitted to practice law in Colorado and Wyoming. In this position, he helps business owners at nearly every level and in nearly every industry with asset protection, estate planning, and business formation. Beyond business owners, Jonathan also helps activists of all political persuasions to legally protect themselves.

Despite being an attorney today, Jonathan will readily admit that he never planned on becoming one. And unlike other supposedly “accidental” lawyers, Jonathan has the track record to prove it. Look over his backstory and you’ll see that law is actually his third career.

Career #1 was spent at international delivery firm DHL as a District Operations Manager. Working in Manhattan, Jonathan was responsible for three facilities with hundreds of employees. A typical day would see him meeting planes at the airport at 3 AM, taking calls around the clock, and doing whatever was needed to support the daily delivery of tens of thousands of packages throughout his designated area alone.

What about on an untypical day? That would have been 9/11, a day when Jonathan’s leadership abilities were put to the test. With his delivery area including the Twin Towers, Jonathan managed to keep his teams united and on track, even amid the horrific events transpiring around them. And that’s just one moment from his first career.

Career #2 followed Jonathan’s earning of an MBA and his subsequent transition into the financial services sector. Working at Wells Fargo Advisors, along with several boutique investment firms; Jonathan became well-versed in everything from deal structuring and asset management to life insurance and annuities.

Jonathan might have remained in the financial services sector were it not for a startling realization he had. This was the realization that the average person or business owner has deep unmet needs when it comes to the law. Such an individual often needs a reliable source of legal advice. Yet they cannot afford to have an attorney on retainer and frankly, don’t need to keep one on retainer either.

Driven by a desire to address this unmet need, Jonathan embarked on Career #3. Venturing into the legal world, he worked first at a promising legal tech startup (Term Scout) and later at the law firm of Lewis, Bess, Williams & Weese. These experiences, along with earning a law degree, led Jonathan at last to his current role at ColoradoLLCAttorney.com.